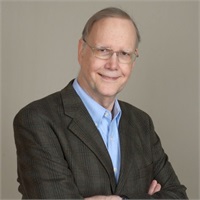 Dave's Bio:
Dave Hutchison, CFP offers financial planning and investment advice either in a fee-only capacity from his Registered Investment Advisor firm, or as a registered representative of Cetera Advisors, depending on a client's objectives and cost comparisons.

He has been quoted in BARRONS, appeared on radio and television and conducted many investment and financial planning seminars for both CPAs and the general public.  Dave enjoys all kinds of clients, while he relates particularly well to analytical folks. He gained a number of engineering executives from AlliedSignal Corp. after its merger with Honeywell in 1999, and they continue to be great clients.

Dave provides analytical facts to assist you in making financial decisions that are important to you and your family's future financial security, with an emphasis
on tax-smart retirement planning strategies.

Since founding Hutchison Investment Advisors in Minneapolis in 1988 and previously a Registered Investment Advisor beginning in 1981, Dave has been dedicated to a "participate-yet-protect" approach helping to reduce downside risk as much as possible in diversified investment portfolios. Independent of any particular company, he reviews many alternatives before recommending investment or insurance options. Today bonds have high-interest rate risk, for example, so Dave recommends bond alternatives for part of a diversified investment portfolio.

Background & History:
Dave Hutchison was in the tax department of Touche Ross, CPAs (before their merger with Deloitte) and then a tax supervisor at McGladrey Hendrickson & Co., CPAs before founding his own tax accounting firm in 1975. Before selling the practice in the 1980's, he found a huge need for objective, independent financial planning and advice on investments and insurance alternatives, based on side-by-side analytical comparisons rather than sales hype.

Dave then founded Hutchison Financial Corporation (HFC) in Minnesota, a broker-dealer which had about 100 representatives and employees in five states. Based in Minneapolis, HFC also had a Phoenix office with about 30 representatives. Dave himself relocated to Phoenix in 1988.  Eventually he found he preferred working directly with clients, rather than all the headaches of owning a broker-dealership, and after 15 years he sold HFC in 1989. Unfortunately, four years after selling HFC and long after Dave left, the new owners had regulatory issues and were ultimately expelled by FINRA.  Since 1983 he has been a Registered Principal and an Office of Supervisory Jurisdiction (OSJ). For the last 30+ years, Dave has specialized in helping clients save, accumulate, invest and help protect their assets.

Earlier Career - Way Back When
Dave's financial career began - after earning his accounting degree from the University of Minnesota - as Chief Accountant for Cedar-Riverside Associates,  which was redeveloping the West Bank area of the University of Minnesota. Co-founder Keith Heller was an U of M tax professor who also had a large tax practice, and Dave in addition to Cedar-Riverside prepared tax returns for wealthy clients.That led him to "Big-8" Touche Ross CPAs, directly into their tax department.

Personal Life Experiences
Dave has been an amateur radio (ham) operator (WAØJKT & WØJKT) since his high school days and was a communications manager active with US Navy MARS (Military Affiliate Radio System), handling large numbers of messages from overseas US soldiers to their families back home - before the wide use of cellphones and Internet communications. He also had articles profiling him in national ham radio publications.

Dave was once active with many Christian groups. He was a counselor for the Billy Graham organization (then based in Minneapolis), a church elder, and an active member of the Christian Business Men's Committee. He has always respected all religious beliefs, however, and nowadays holds much more liberal views.

Dave has enjoyed travel in Asia, South America, Europe and especially in Canada. During the hot Phoenix summers, he travels annually to Toronto for weeklong stays - he has many friends there.

Wisdom and experience grow with age, and Dave enjoys his profession too much to retire. He is blessed with excellent health and a strong work ethic, and he loves his Frank Lloyd Wright-inspired North Phoenix home with its large ideal office, and great views to the north.