Time to Reduce European Allocations
The Dramatic Change in Outlook and Risks
The End of the “Euroboom” vs. Continued Strength in the U.S. 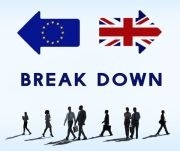 Europe's economy faces a daunting combination of weaker demand for its exports from China and elsewhere, the prospect of a messy divorce with the U.K. and political problems closer to home.

Adding to growing concerns about the strength of the global economy this year, the European Commission slashed its growth forecasts for Germany and Italy, with the latter expected to come close to stagnation. The Bank of England (BOE) sounded a similar warning, saying it expected to see a “sharper and more persistent” slowdown.

Both the European Commission and the BOE identified a deceleration in China while it navigates a trade dispute with the U.S. as a critical headwind, a threat that was underlined by figures for December that recorded a fourth straight month of declining factory output in Germany, Europe's exporting powerhouse.

They also highlighted the uncertainty facing businesses across the continent as the U.K. prepares to leave the EU. In addition, the Commission saw drags to growth from the disruption caused by the “yellow vest” protests in France and investor worries over Italy’s ballooning national debt.

“This slowdown is set to be more pronounced than expected last autumn, due to global trade uncertainties and domestic factors in our largest economies,” said Pierre Moscovici, EU commissioner for economic and financial affairs, taxation and customs.

The eurozone's waning fortunes reflect a drastic turn from just two years ago when the currency area grew by 2.4% in 2017—the fastest pace in a decade. But the end of the so-called "euroboom” has resurrected old structural problems, from debt sustainability to political resistance to economic reforms.

The EU forecasts that Italy’s economy, which slipped into recession at the end of 2018, will grow at the slowest pace in the currency union, at just 0.2% this year. Meanwhile, Germany is struggling to repeat the export-driven growth of 2014-2017, with the EU slashing its German 2019 growth forecast to 1.1% from 1.8%.

BOE Gov. Mark Carney warned a messy divorce with the EU could push the U.K. into recession. The Commission shared that concern, warning that failure to secure a smooth Brexit would also hit growth in the bloc’s 27 remaining members harder than currently envisaged.

Italy is already in recession, defined as two straight quarters of declining economic output, and Germany is teetering on the brink. Early last month, its statistics agency estimated that its economy had narrowly avoided a second quarter of contraction as 2018 drew to a close, but more recent data such as the figures for industrial output have raised doubts about that assessment: the Commission said growth could be even lower than now forecast.

“The EU economy is facing an exceptional amount of uncertainties, which could weigh as well on investment and consumption more severely than currently expected,” Mr. Moscovici said. “We always establish the balance of risks, and clearly this time the balance moves to the downside.”

2018 UK growth was only 1.4% and forecasts are for even slower growth in 2019 as the UK grapples with Brexit uncertainty and Eurozone economic weakness.

US News 2/1/2019 – "Stocks may have started the new year on a better footing, but equity investors in Europe are hanging on to unusually big cash piles, signaling growing unease over the market's prospects. Worries that turned a promising 2018 into a brutal year remain high, and fund managers are dismissing the early rebound as a false start, anticipating more turbulence ahead."

“Italy has fallen back into recession, intensifying concerns about the 19-country eurozone economy. Italy's recession is one reason why the wider eurozone slowed in 2018, along with uncertainties related to Brexit, the China-U.S. trade spat and new vehicle emissions standards. Though the eurozone is performing better than in the dark days of the debt crisis, which threatened to break up the euro currency, it's still lagging the U.S. economy, which is projected to have grown about 3 percent in 2018.”

Barron’s 2/8/2019 Warnings - Signs of weakness in the eurozone are accumulating, Germany has seen significantly lower retail sales while purchasing managers’ indexes in France and Italy declined.

U.S. multinational companies have been expressing concerns about the global economic outlook, saying that the stronger U.S. dollar, slower growth, and trade tensions have hurt their sales overseas.

About two-thirds of the S&P 500 companies have reported their earnings for the fourth quarter so far. Companies that generate more than 50% of their sales inside the U.S. have registered average earnings growth of 16.6%, while those with less than half their sales in the U.S. increased earnings by only 8.4%. Based on current consensus estimates, this gap will likely continue into 2019, says FactSet.

Barron's 2/11/2019 – “The U.S. economy still appears to be sailing on serenely, while the rest of the world economy sinks like a stone.”

Barron’s goes into the problem of the stronger dollar – which gained about 8% relative to other currencies during the run that started in mid-2018 reducing U.S. corporate foreign revenues.

If the trade war heats up and the Fed turns hawkish to fight inflation, the dollar could continue to increase.  In the 1990s, the dollar was about 15% higher than today, reports Barron's.

The dollar index recorded its biggest percentage gain in six months, as the dollar as a safe haven - after warnings of the downturn in Europe -  appears to be trumping the recent Fed’s dovish tilt.

The pause in the Fed’s rise in interest rates is more than offset by concerns of weakness in foreign economies – including the concern about a hard landing in China.

In comparison, for now, the U.S. economy still looks healthy, particularly in comparison with its peers, Marketwatch reports.

Required Disclosures: Past performance does not assure future results. There is no assurance that objectives will be met. Investments in securities do not offer a fixed rate of return. Principal, yield and/or share price will fluctuate with changes in market conditions, and when sold or redeemed, you may receive more or less than originally invested.  No system or financial planning strategy can guarantee future results.

The views and opinions expressed are as of the date of the report and are subject to change at any time based on market or other conditions. The material contained herein is for informational purposes only and should not be construed as investment advice since recommendations will vary based on the client’s goals and objectives. Information is believed to be from reliable sources; however, no representation is made as to its accuracy. Hutchison Investment Advisors, Inc. is an Arizona registered investment advisor. Part II of Form ADV (Disclosure Statement) has been given advisory clients and is available upon request and is at http://dhutch.news/RIADisclosure